August 22, 2021
Around the late 90s, the Duck Corporation undergoes a rebranding to the On2 Corporation. The reasoning behind this is unknown, but that’s besides the point. With a new name, comes with a new focus. Around this time in history, internet streaming began to take off. People thought the idea of making your own videos, teleconfercing, etc.. was gaining traction. And the internet started to get faster as (A)DSL and cable systems started to adopt the idea of internet.  One of their first moves was to drop the “truemotion” moniker from their codecs and just use the VP* scheme for their codecs, although they would still be refereed to both internally and many by the field as “truemotion” (Even i still like to call it truemotion). During this time, media was also starting to become more open. xiph.org, Gstreamer, and FFmpeg were all promising projects started around this time, showing that the demand for media that “just works” was growing. On2 gave in to this by gifting one of their codecs to
Post a Comment
Read more

How Duck Came To Be

July 29, 2021
Here is a short clip explaining how the Duck Corp came to be, from Dan himself: ( Direct link if embed doesn't work) Footage from the We Don’t Wanna Make You Dance documentary. Many of you don’t know Dan Miller was part of a boy band. Now of course they were no Backstreet boys or Westlife but they were pretty famous. I will have to watch whole documentary when I have time. Of course I used ffmpeg to clip the portions of the video that were relevant.
Post a Comment
Read more

Sometimes on the internet you will see celebrities giving out "their" "phone number". People who have done this include Ninja, Dhar Mann, and other Youtubers and celebrities (real life and internet ones). However, obviously they are not giving out their real phone numbers. If they did they would be constantly be bombarded with texts and calls. At the very least you would be forgiven for thinking that they had a second phone number just to give out, and some people do take this approach. However the amount of celebrities that do is very rare. The situation I will lay out next is the far more common approach. The most common solution with 99% of celebrities that give out their "phone numbers" have a service called community.com where they get a “virtual” phone number which basically works like email or Instagram DMs.  The only difference is that you text them instead of using email/Instagram interface. But on their end is like they are receiving a email, so
Post a Comment
Read more 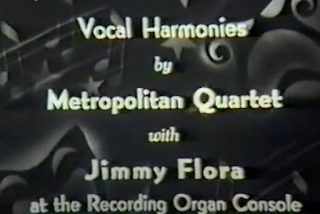 Today I tried my hand at font design. I started with the wonderful FontLabs tools. I know there are tools like FontForge and MFEQ/MFEK but I wanted to try the most feature complete tools so it could "hold my hand" so to speak. I wanted to learn by recreating the font in a famous cartoon (bonus points if you guess which): The documentation was useful enough for me to jump in quickly. However my skills are not yet to par, and it shows: I will obvously try to improve quality as I learn more about fonts, but its been fun so far. On the flipside, this has made me learn why myfonts has strong anti piracy protection. It must be so much work perfecting every single letter. Some tips for people using it: There is a text mode, so you can test how the graph looks (as you create glyphs). Some things I have to figure out: Why when making a rectangle, you can't create lines from the rectangle? There has to be a way to do it that I am missing. For now I have to create a separate closure
Post a Comment
Read more

Songs of the (multimedia) civil war

July 14, 2021
As part of my blog series on multimedia history I will be covering the "civil war" that took place between 2011-2016. Here are some of the top songs from the era. They kept the troops going. Of course if you want to sing along you can find the actual song, listen to it once, and then sing to yourself with the tune. If you need instrumentals comment down below. Mike Niedermayer ("irish volunteer"/"new york volunteer") 'Twas in the days of twenty-eleven When freemen young and old All fought for Independence then Each hero brave and bold! 'Twas then the noble Zig and Zag In triumph did appear And defended by brave codecs The MPEG Volunteers 'Tis my delight to march and fight Like Mike Niedermayer!  Now, there's our own Hoyos Just see what he has done: The first to offer to the peg's To keep submitting patches To improve the great MPEG And the zag they love so dear! And they've done their duty nobly, Like Mike Niedermayer!  'Tis my
1 comment
Read more

A short history of the Duck Corporation/On2 Technologies - Part 1, Before On2

July 13, 2021
Who knew that this small company would be at the forefront of digital multimedia? Most of you know that the AV1/VP9 stuff are just a continuation of Google’s acquisition of On2 technologies. But many don’t know that the On2 Corporation was also known as the Duck Corporation. The Duck Corporation was founded in the 1990s to commercialize a new video compression technology Dan Miller and Victor Yurkovsky had come up with in the early 90s.  In a time where digital video was marked with high bitrates and expensive hardware, the Duck Corp did have potential to disrupt the market. Their first codec implementation was hardware based, and then moved to software.  What set the TrueMotion 1 codec apart from all the rest is that it didn’t use the Discrete Cosine Transform. Instead, it used delta encoding. They did patent the technology, and began to market it to various corporations. At first, they licensed the technology to Horizons Corporation for them to sell and market. This practice (presuma
1 comment
Read more

Welcome to my blog!

July 13, 2021
Welcome to my blog. I will be blogging about multimedia, computer graphics, or anything that interests me. Thanks to "the big K" for providing hosting. While I do have a set of blog posts queued up, if you want to have an influence on what I blog about, simply make a comment with ideas. Thanks!
Post a Comment
Read more